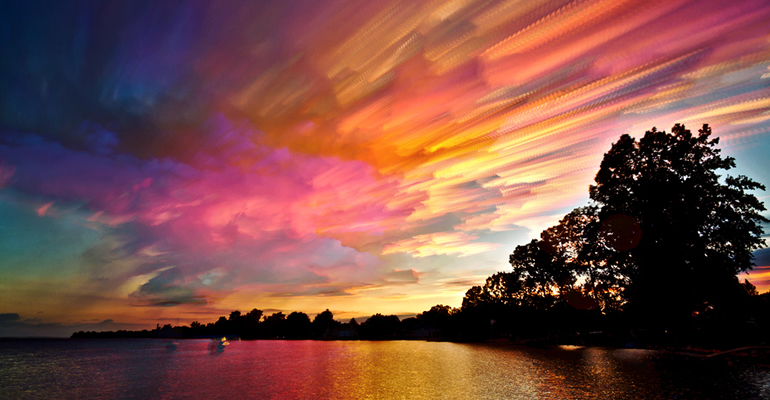 Matt Molloy is a Canadian photographer behind a beautiful sky photography set called ‘Time Stack’. Matt, by merging hundreds of separate timelapse sky shots is able to achieve an amazing brush-like effect and his images look very much like work of an impressionism artist. To find out more about his passion for photography and his fascinating technique we asked Matt for an interview.

AW: Matt how long have you been interested in photography? Is it something you studied or self-taught?
MM:I guess it’s been about 5 years since I got my first digital camera, and that’s when I started to get into photography. I had already take a course in high school and one in college, learning some basics and the dark room process, but I would consider myself more self taught because I didn’t really get into it until I got my first digital camera and exploring it’s functions and experimenting.

AW: Some of your images look like impressionists or pop art paintings. Do you take your inspiration from art or from nature and turn it into art?
MM:I took graphic design in college because of my love for art, it’s always inspired me. I think my timelapse photography is more inspired by nature though, because that’s what I’m most often trying to capture. The reason some pf my photos look like impressionist paintings is because I’m basically using the same technique. The only difference is that I’m using a camera, instead of a brush and paint. 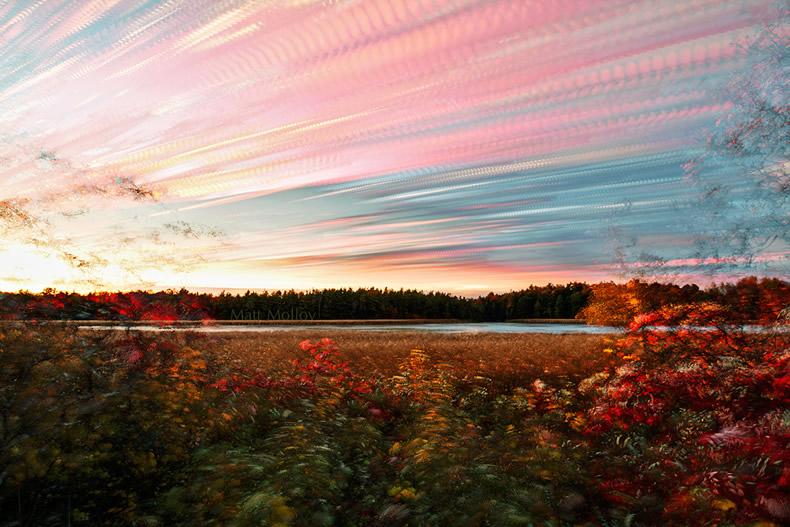 AW: What would you call your style?
MM:I would call my style experimental, because I love to try new things, and I don’t really stick to one particular style. I like to call my timelapse photos, “time stacks” because I’m using multiple photos to create one image that shows a fairly large chunk of time (compared to the average photo)

AW: What started your interest in timelapse technique?
MM:I had seen timelapses on tv and in movies, but when I discovered the intravelometer function on my first camera and shot my first timelapse, that’s when I really began to appreciate timelapse photography. I was amazed how the world around me looked with a different concept of time. 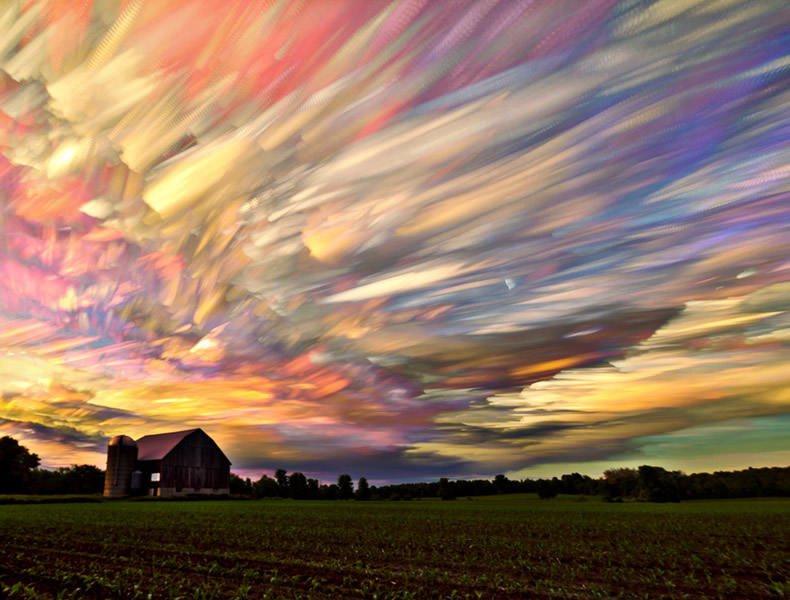 AW: What type of camera and lenses do you shoot with?
MM:I stated out with a Canon S5 IS. I’ve been trough a few camera since then. Now I have a Canon 60D with 3 lenses, a Tamron 10-24mm (my favorite) a Tamron 18-270 and a Canon 50mm prime. I also use a CP filter and software for my camera called Magic Lantern.

AW: How many timelapse photos do you typically use to create one image?
MM:It varies a lot. Anywhere from 100 to 1000, but somewhere around 200 is the most common. 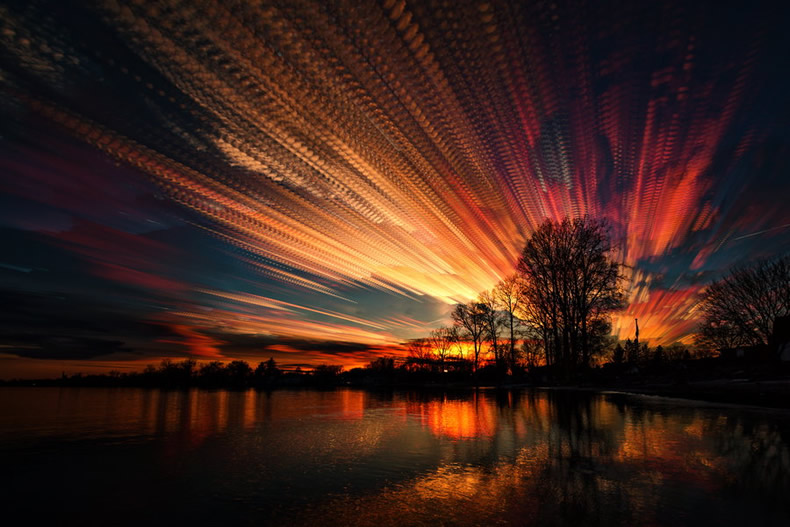 AW: Can you describe to our readers your work flow. Where does the image start and what is involved in post production?
MM:First I shot a timelapse. I usually use a 5 second interval between shots, but sometimes I’ll make it shorter or longer depending on the speed of the clouds. Once the timelapse is done, I start post processing in photoshop. I adjust colour, levels, contrast, saturation, ect. all while recording my actions so I can apply the settings to all the photos in the timelapse. After that’s done I stack all the photos into one image using the lighten layer-blending mode. If it looks too messy, or there’s something I don’t like, then I try stacking them again using less photos. Once I’ve found the best looking segment of the timelapse, I make some more adjustments to bring the darks back, as they get washed out from adding all the lighter parts together.

AW: Your work is mostly displayed on websites like 500px.com and fineartamerica.com where we can see that you have a great number of visitors (251K is pretty good!) Do you treat photography as a serious hobby or you take it professionally?
MM:It’s been a serious hobby for a while, but now I’m starting to think it would be a great vocation, so I’m trying to be more professional lately, but that doesn’t mean I won’t keep experimenting and having fun with it. That’s what got me where I am today.

AW: We live in times when it is largely assumed that if an image appears to be outside of our visual experience that it must “photoshoped” rather than straight from camera. Does this bother you at all? What is your personal position on this?
MM:I’ve seen lots of people saying my time stacks are photoshoped. Some even go as far as incorrectly explaining how they’re made. I don’t mind, in fact I expect it because they often turn out very different than the average photo. I can’t really argue that they’re not photoshoped, because it’s a crucial part of my process, but I prefer not to alter them too much.

AW: Do you have a website or a blog that you visit often and could recommend it to our readers?
MM:I just recently made a tumblr page. One of my photos was on the tumblr “radar” and I got a lot of followers because of that. I’ve been answering a lot of questions ever since. I’m working on my own website, though I’m not sure when it will be up and running. 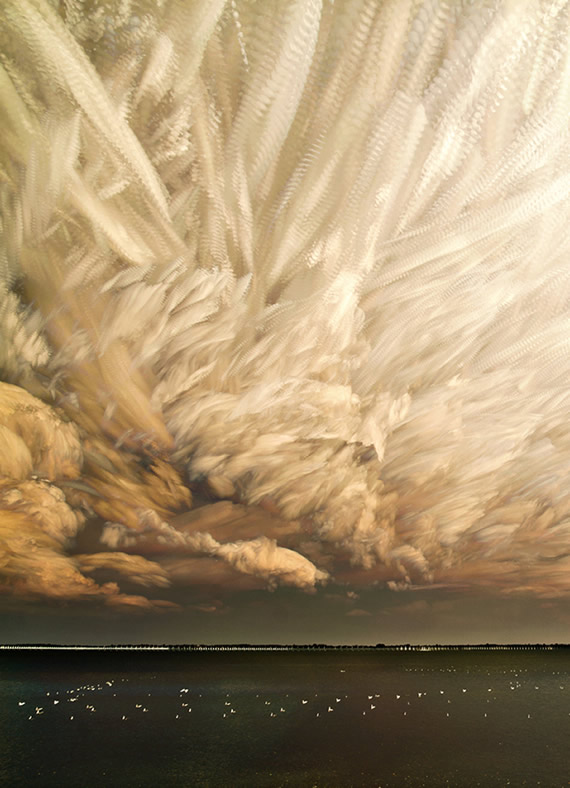 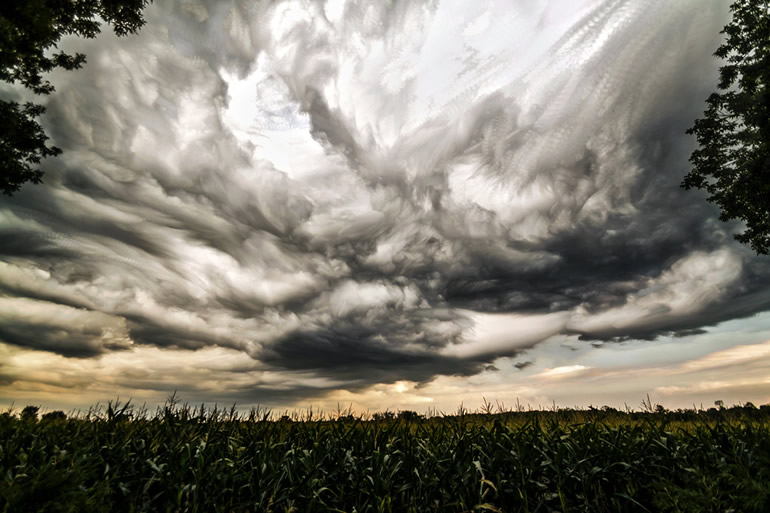 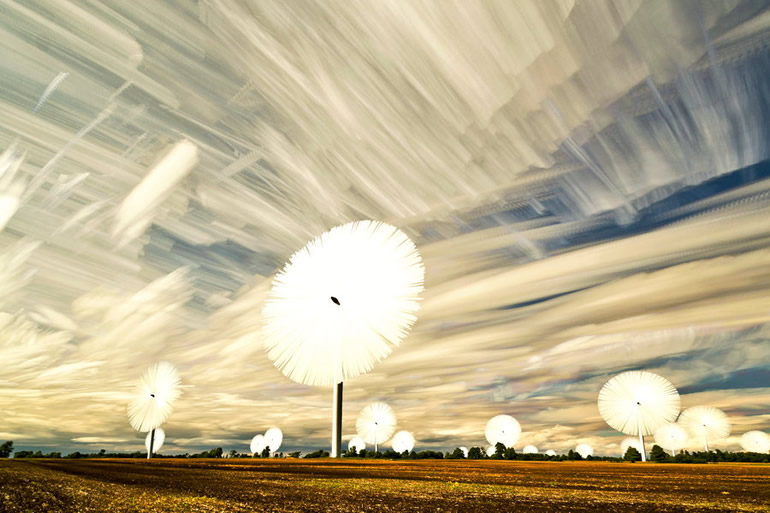 My transition from web design to photography started about 15 years ago, after my first trip to Central America. Disappointed with pictures in auto, I decided to take matters into my own hands and learn how to use the camera to its full potential in manual mode and improve my photography. Website: flowerphotography.co.uk

Close Menu
We use cookies to ensure that we give you the best experience on our website. If you continue to use this site we will assume that you are happy with it.Ok