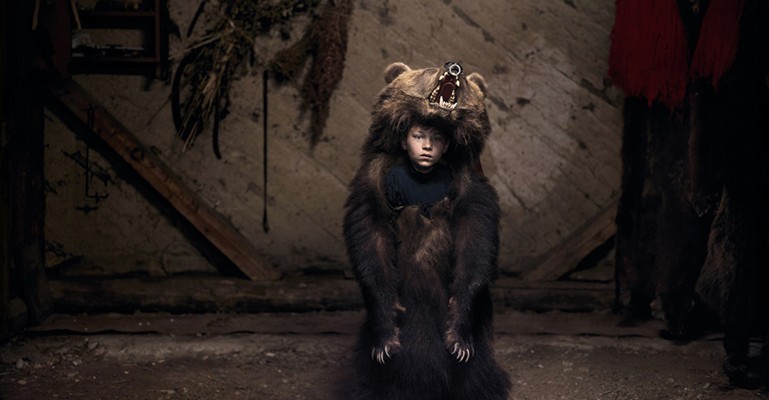 L1ghtb1tes #20: Tamás Dezső takes us on a time travel through Romania and Hungary. Medium format digital photography (amazing!) and stunning, meticulous attention to every single pixel.

GL: I always look for pictures that talk to me. Often I don’t really know how or why, but they talk. There are many pictures in Tamás Dezső’s Romanian series that spoke to me more than the photo of the boy in the bearskin. When he suggested that we talk about this image I wanted to know why. No matter what we do, there’s nothing more intriguing or exciting than choice and the act of choosing.
TD:At the beginning of the 2000s I visited Romania as a photo journalist. During my journeys at the time I experienced a very interesting world, populated by puzzlingly frank people with their reserved, yet deeply mystical stories. About three years ago I decided to start a series in Romania parallel to the Hungarian series that I started in 2009. The concept is identical: both examine the transitional period of these countries recovering after a communist dictatorship. The story has two threads: documenting the disintegrating remains of enforced industrialisation and disappearing traditions in villages gradually losing their inhabitants due to migration to the cities.

RomaniaThe image of the bear-dancing boy is part of the latter theme. Photographing was preceded by serious preparation. First of all we learnt that there was a unique, nearly 1000-year-old tradition in Eastern Romania, and even there only in a few places, whereby on Boxing Day and at New Year people wear bearskins prepared by themselves. They gather in the streets, finally on the main square, and perform a ritual dance to drive away evil spirits. This tradition has been passed on from generation to generation and may slowly die out because of young people leaving these villages. We found several families in Comanesti and Salatruc who still took part in the ritual ceremony every year. The seven-year-old boy in the photograph is the youngest member of one of the oldest families still keeping the tradition. He received his first costume at the age of two and the family has 12 bearskins, some of which they hire out to less well-off village residents who would not have their own “outfit” during the festivities. 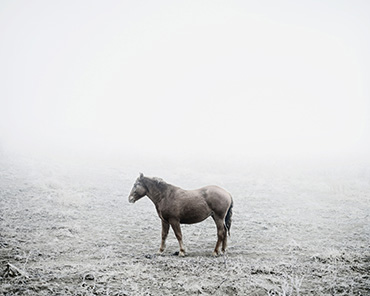 GL: How do you pick your topics? What are you most ‘sensitized’ to: light? Motion? Emotions? Stories?
TD: My co-author, writer Eszter Szablyár and me research the themes and locations, travel and think about the book together. We then visit the locations that we have researched in advance, finding them in various sources such as books on ethnography and social sciences, novels, on the internet, or from stories that spread from mouth to mouth. However, it also happens that while we are on location we find a site that no written source has mentioned. During our journeys we talk a lot to people, which is greatly eased by their unaffected nature, informality and real hospitality. When taking pictures it is always the story that grips me first, light and technical conditions only follow later. I am planning to publish the Romanian series, Notes for an Epilogue as a book by the end of next year.

To see more of Tamás Dezső’s pictures visit his website at www.tamas-dezso.com

Join us on Google Plus

Subscribe to our newsletter and we will keep you up-to-date with photography news, offers and special workshops. We don't spam. Ever!

Photography courses and weekend photography classes in London for all levels of skill and experience. Learn how to get the most out of your camera and start taking better photos!

View on map and get directions
We use cookies to ensure that we give you the best experience on our website. If you continue to use this site we will assume that you are happy with it.Ok